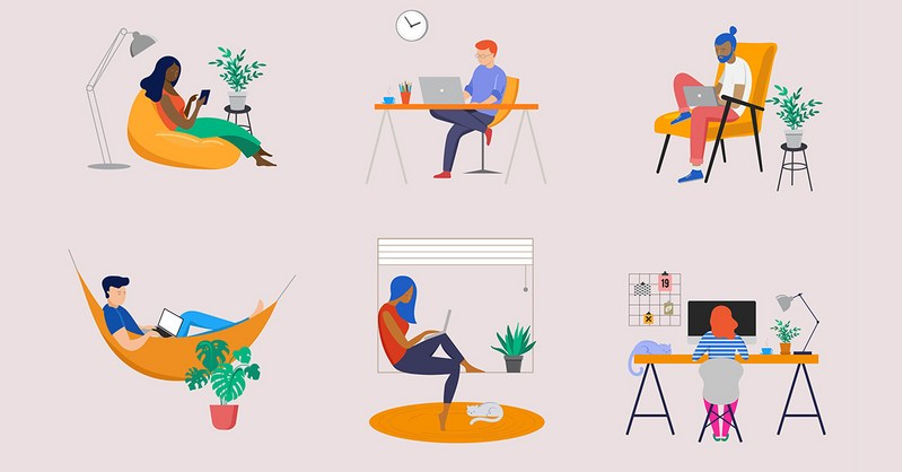 Increased screen-time during lockdown is inevitable. Instead of berating ourselves over it, let’s look for ways to deal with its effects.

With the implementation of South Africa’s national lockdown came a 180 degree turn on our normal lifestyles. As social beings, we are now requested to live an unnatural life of avoiding socialising. In addition, many of us are expected to have “supernatural” powers to get through everything required of us in a day. We are suddenly expected to be teachers, full-time nannies and house-cleaners without any of the networks of support that we normally enjoy. What’s the answer to dealing with everything at hand.

There are many challenges that come with dealing with the Corona Virus pandemic. Most of us have had to take a 180° turn on our normal lifestyles. Some of us have had to forfeit seeing our loved ones, lost income or adopted seemingly extreme hygiene practices. When the President of the Republic first announced the state of national disaster, most of us were apprehensive about what exactly that would entail. A lot of questions ran through our minds, while social media was flooded by people’s opinions, and not forgetting the deluge of jokes and memes that tagged along.

Then came the implementation of a national lockdown. You would have thought that travellers would feel it the most but on the contrary: even people who would just go to work and back are feeling it. As social beings, we are now requested to live an unnatural life of avoiding socialising. Some people have faced the dilemma of choosing who to lockdown with and where? Stay where you reside for work, or pack your bags and head back home?

As much as this work from home approach wasn’t anything new to me, it took a bit of adapting to spend an eight-hour day, Monday to Friday without traveling to clients. And what hindered the adaptation the fact that, as a parent, I need to juggle the presence of kids with getting my work done. What’s the answer to dealing with everything at hand and still maintaining productivity? Every modern parent can distil this to one marvellous invention: screen time

Working from home leads to constantly gazing at a screen. A quick tea break and lunch is the only time you take your eyes off of it. While a lot of research has been done about how screen time affects our eyesight and creates other undesirable symptoms, what other ways are available for us to do what we have to do? I have always deemed these recommended screen times, especially for kids, as a deterrence to embracing technology.

With or without shame, I am guilty of using technological gadgets to keep the kids busy while I try to get some work done. And now we have reached a point where schooling is through TV broadcast and online, which means mandatory “learning” screen time in addition to the recreational screen time that the kids were already having. A normal school day cannot be less than the number of hours recommended for screen time, I am pretty sure that we can all agree on that. Which leaves me a lot less guilty than I used to be: in my thoughts, we are finally doing the right thing of embracing technology.

Heading in a different direction

Along with mobile phones, Americans own a range of other information devices. Nearly three-quarters of American adults now own desktop or laptop computers, while roughly half now own tablet computers and roughly half own e-reader devices. Every year, advancements in tech and our own adaptation of it means that we are increasingly streamlining the way we do things.

A cell phone now plays more roles than merely making and receiving calls; it is a personal diary, it is a GPS, it is also a meeting place for conducting business activities. Firms and different business operations find themselves downsizing their human capital, innovative ways replacing most of what was previously done via human interaction. One person can now monitor what was carried out by five or more people single-handedly through technology. The world has also become much smaller with the internet allowing for instant communication between countries from opposite sides of the globe. It is incredible how quickly we have entered the Fourth Industrial Revolution (4IR) and how we are all so immersed in it. Gone are the days when the elderly  in the workforce were so resistant to change, it doesn’t matter if you use just one finger to type on the keyboard, what matters is that we have put our trust in this so-called technology.

New Research To Be Conducted

Lockdown is changing the way we will do things forever, and technology is a big part of that. This period of time will foreseeably lead to the proliferation of work-from-home and remote schooling solutions, even after the effects of Covid-19 pass us by. Perhaps we are heading for even more screen time as this takes place.

The evolution underway calls for new avenues of research into screentime. If things continue in the same direction, it would be valuable to look for ways of dealing with increased screen time instead of discouraging it.

It is currently impossible to picture technology reaching any stage of maturity in our lifetime. Instead, tech pundits foresee ongoing changes and  improvements, making us more dependent on it more than ever. We need to accept that this is the new way of life and any possible constraints should be dealt with accordingly.

In some ways, technological civilisation has led us to a better world, but it has also created an unhealthier generation of people. Working from home and schooling online means less physical activity and more devotion to screen time. We could be falling into a trap, but fortunately technology has also evolved to help motivate, prompt and track our fitness and activity goals. Some smart phones have built-in reports that record the amount of time we spend on the gadget daily.

It is thanks to technology that we have been able to respond so quickly to the pandemic that currently besets us. It is technology that enables us to continue to be productive. Technology will also help us eventually find a solution to containing the virus. So, let’s cut the guilt around our screen time use during lockdown. Instead, let’s use this time to pinpoint how best to  deal with its inevitable effects.